Talking About the Global Battery Opportunity 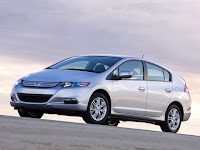 Last night I and other CHENers attended the MIT Enterprise Forum, Innovation Series event, which was a room-packed panel discussion on the state of energy storage, with a focus on battery technologies for automotive and consumer devices. The impressive panel included representatives from Lilliputian Systems, Honda Strategic Venturing, Battelle Ventures and Argonne National Laboratory.

Peter Rothstein of Flagship Ventures kicked off the discussion with an overview of the market opportunities, challenges and drivers. Batteries, supercapacitors, and fuel cells are all hot beds of innovation in solving energy storage issues. The numbers presented were very compelling:

*The global battery market alone is anticipated to grow to $50 billion, serving portables, micro power, consumer electronics devices and transportation.
*The Lithium-ion segment of the battery market represents a nine to ten billion dollar market, not including the transportation sector.
*Investments in battery technology are growing significantly, with the dominant new technology being Lithium-ion – figures show investments grew from $3.7 billion in 2004 to $6.8 billion in 2007.

New England is a region leading the country in innovation for energy storing devices. CHEN PR client Boston-Power is a leader in developing next-generation, Lithium-ion batteries and recently announced that HP has begun shipping an Enviro Series laptop battery based on Boston-Power’s Sonata technology. 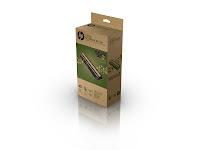 Issues in developing and perfecting battery technology include safety, calendar life, cycle life, recharge time and cost – the cost being a major issue for hybrid cars. Additionally, the panelists discussed the challenges and opportunities to manufacture these new technologies. Today there are no U.S. manufacturers of new battery solutions – primarily being produced in China – but the opportunity to bring that capability onshore are tremendous. The U.S. government has $2 billion in grants available as part of the Stimulus package to develop this capability. The issues in moving battery technologies to mainstream manufacturing include scale, cost and reliability. Analogies were made to the semiconductor industry in its earlier days of manufacturing in volume.

The message at the end of the evening was clear. Energy storage, and in particular battery technology, is an enormous opportunity for the U.S. and specifically for New England. As one panelist remarked “we are never going to go back, the electrification of vehicles will happen and the U.S. government is very serious about bringing these energy efficient devices to reality.”

The next Innovation Series also looks to be a winner, Cloud Computing to be held on April 15.